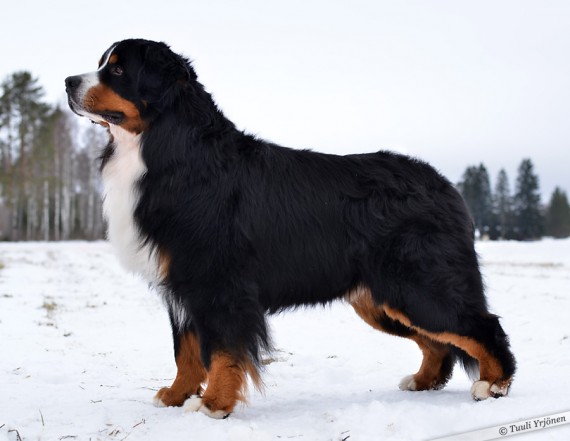 Skumppa reminded a lot of his dad Sidney and he definately got some great qualities from mom Saimi, too. He was the sweetest puppy ever. Very calm and easy puppy who just watched his sisters playing and let them boss him around. As an adult he still was a big goofy baby; such a funny character who always made you smile. He was a wonderful family dog and a terrific show dog!

Skumppa has offspring in Finland, Estonia, Latvia, Russia and Poland and his kids are making their daddy proud in the show rings. There are several Champions, CAC and CACIB winners and group placers in his get. We have been very pleased with the orthopedics of his offspring, too. 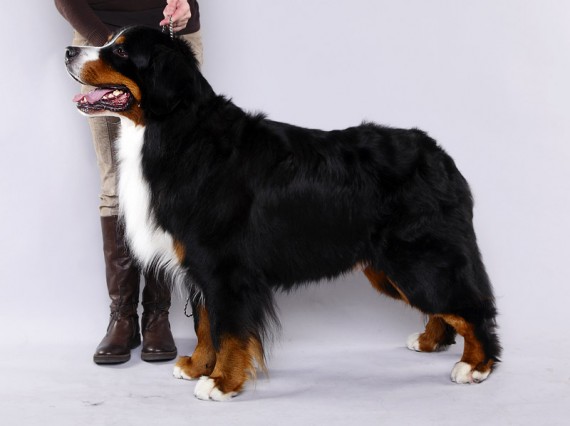 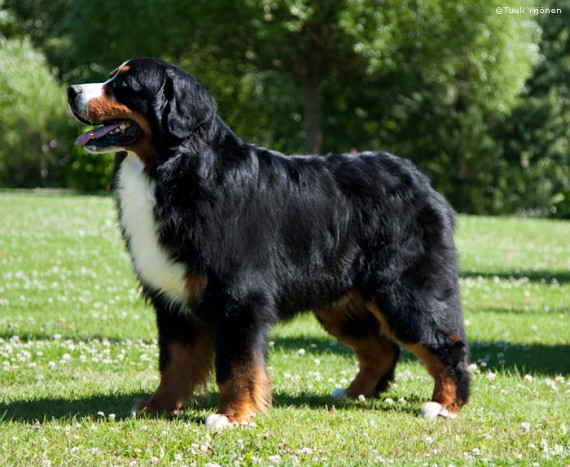